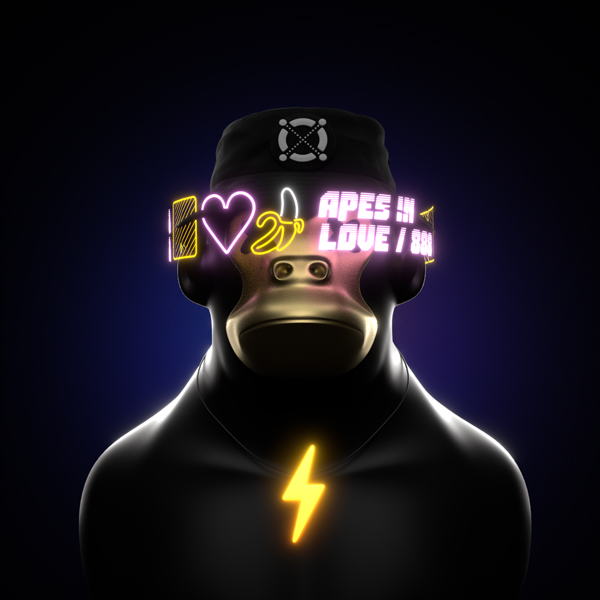 Elrond Apes is a collection of 10.000 unique and randomly generated 3D Apes. The collection aims to create a club of enthusiast NFT collectors who want to take part in the adventure of building the largest NFT community on Elrond.

Elrond Apes are all very nice looking but there is some characterictics that i think will gain much more value than others over time. For sure the rarest should do well but best looking Apes are also important, some have a special signatures, some are funny, some look crazy ahahaha. My personnal favorites attributes are Samurai, 3D Glasses, Robots, Zombies, lightning Necklace, Gold Crown, Hunoape Charger, Astronaut Helmet, Basic Hoodie, Cigar and Pipe.

Here is a list of Mr Mercy Favorites, they include all factors, looking and scarcity :

Fastest Minted Elrond project. It sold out in 45 mins

Despite technical difficulties, 10,000 apes sold in 45 mins at a price of 0.8 EGLD. This was when EGLD was around $210 USD. The fact they sold out when other projects are forced to close mint after trying for a few weeks – This is bullish. Additionally, the team effectively raised over USD 2 millions. They have more than enough money to execute on whatever they promise. Now it’s up to them to deliver.

The collection aims to create a club of enthusiastic NFT collectors who want to take part in the adventure of building the largest NFT community on Elrond. Once the minting phase is over, the apes are available on Deadrare, Trust.market and Krogan Elrond NFT Swap marketplace . Every purchase has a 10% royalties fee. For the first month, 8% will be for the DAO and 2% for the charity organizations. Subsequent months will be 6% for DAO, 3% Team, 0.5% Marketing and 0.5% Charity.

The Elrond Apes is currently the strongest NFT project on Elrond. It has been noticed by BAYC members and several celebrities. It’s a young NFT project that can become a Bluechip. The Primes are at the head of governance (DAO) and are very motivated to do everything they can. APES artwork are high quality 3D designs and very addictive for many reasons. Morning Ventures are behing it and they are buying and accumulating Apes. Initially the team had to be restructured and Karl Thomas did a good job because pressure was high, this project had been released during a bad market timing, the floor went up to 10 egld and came back down to 3 egld. The project was somehow a victim of its own success.

A Good investment or not?

I highly recommend this project, especially now! Accumulating APES during a bear market can be an incredible opportunity. Elrond Apes are by far the #1 NFT project on Elrond and is actually the favorite to become a Blue Chip. Volume is quite good and swing trading Apes had been lucrative for me. Floor Price use to follow price movement since the release but now seems to slowly change. There is still some nice deals but nicest and rarest Apes are beginning to be tuffer to buy and to find.

Based on our statistics and floor fluctuations Elrond Apes Floor can rise to more than 40 egld in 2023.

I never stray far from ETH-based NFTs, but I gotta say these @ElrondApes (on @ElrondNetwork) look insane.

I've seen a few of my @BoredApeYC frens jumping in, so I had to as well. pic.twitter.com/MXy6n04KPl

How to send and store your Elrond NFTs in your Ledger Nano... read more

I am known in the trading community as Crypto Mercy, I offer analytics on the TradingView platform. I am originally from Canada and have been part of the cryptocurrency community for 3 years now. I help many people understand the fundamentals of different projects, i help them understand how to invest in one project rather than another by making them understand the different aspects that are important to consider in this environment.